The Wild Rose Press authors are all a-Twitter 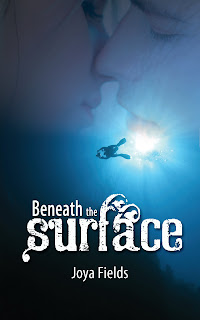 Being part of any supportive group is fun and The Wild Rose Press (TWRP) authors are a great example. Today, lots of TWRP authors will be posting excerpts and favorite lines from their books in a fun promotion to support one another and help readers learn more about TWRP books and authors.

And lucky me! I get to join in. Since I have two upcoming releases, here’s a little teaser about both of them. Hope you enjoy! Follow me on Twitter @joyafields and follow the fun on Twitter @TWRP.

When Bianca finally had the willpower to pull away, her face heated and she stared at her lap. She hoped the stormy gray sky hid her embarrassment. She’d kissed him enthusiastically—like a schoolgirl with a giant crush—and had no idea where the impulse had come from. Sure, she liked him. It wasn’t until their lips met that she felt the spark that, even now, had her body shaking with desire.
“I…uh… Wow,” Pete said. From the stunned look on his face, she didn’t think he’d planned the kiss ahead of time. Like her, he probably hadn’t expected such intensity. He smiled his giant smile and leaned his forehead against hers. The move, although simple, felt intimate with him. “What did you put in that sweet tea?” he whispered.

For the first time since the accident, Brooke forgot about her leg. Forgot about all she’d lost and focused on the way Logan made her feel.
She knew she needed to stop him. She should find a way to resist the temptation to be with him. But for a few minutes, she could enjoy the taste of him, the feel of him, couldn’t she?
He dropped his hands to her waist and softened the kiss before trailing a line of kisses down her neck. A weak cry slipped from her mouth. “Garrett,” she whispered.
She should stop this now before it got any more intense.
He cupped her chin and forced her to meet his brown eyes, smoky with desire. Heat spiraled to her middle and she caught a whiff of his sawdust scent.
“I…I can walk you back to your own room before I head to mine.” His voice broke as he whispered.
She swallowed hard. She couldn’t do this right now with him. Too many obstacles stood in their way. But as she looked in his somber eyes, she realized none of those complications were bigger than her need for Garrett.