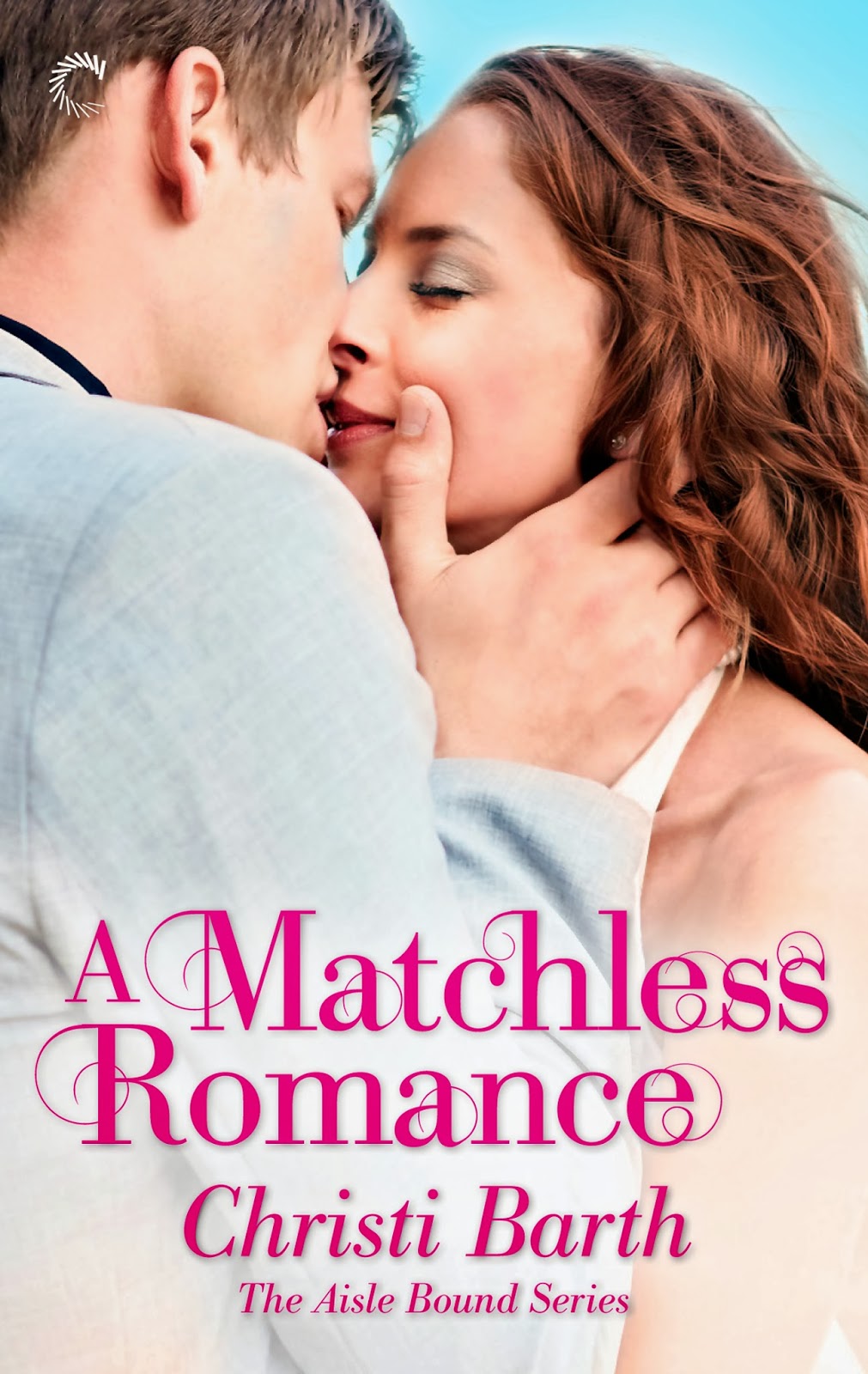 I'm soooooo excited that Christi's newest installment in The Aisle Bound series released today! Check out this gorgeous, romantic cover, and read on for a sneak peek at this contemporary romance.

Blurb:
Tabitha Bell is the face of Chicago’s premiere matchmaking service. At least, she hopes it will be someday, once business really takes off. What she needs is more clients, so when she meets a sexy gamer in need of help, it’s the perfect opportunity.


His discomfort talking to women almost cost Drew Watson his job. He’d be happy holed up in his office, designing blockbuster video games, but his boss considers talking to investors a nonnegotiable requirement. Who better than a matchmaker to teach him how to be comfortable around the opposite sex? Trouble is, Drew wants to get more than comfortable with Tabitha, while she’s determined to keep their relationship all business.


Soon Tabitha learns that beneath the geek-chic hoodie lies six feet of sexy physique—and the more time she spends with Drew, the more she appreciates his brainy brand of charm. Will she succumb to his sweet-but-nerdy charm offensive or will it be game over before he can win her heart?

Excerpt:
He padded across the beige carpet in bare feet. Amazing how intimately naked a man could look in a polo shirt, jeans, and bare feet. Drew knelt by the side of the divan. Took her hand in his and dropped a soft kiss dead center between her wrist and oval opal ring on her middle finger.
“I’d rather tell you that you’re beautiful. Every time I look at you, it’s like a sucker punch straight to my dick. But I’ll also admit that your mind’s as stacked as your body. So yeah, you’re brilliant.”
Tabitha gaped. She knew it because she felt the air cut across her tongue as she dragged in a surprised breath. Sure, they’d kissed. And she’d gotten no sleep for two nights replaying the kiss. Trying to figure out what it meant and what to do next. But she hadn’t expected Drew to so boldly move things forward. Not the man who believed so strongly—and so wrongly—that he was invisible to women. Unless….he didn’t mean it. Unless the straight-A student wanted to be sure he took home a gold star for the night. She tossed her hair back and sat up a little straighter.
“That’s quite a compliment. But much like earlier, wholly unnecessary. I saw how well you loosened up. How well you interacted with Ashley and Tara and Kate. You don’t have to prove anything to me.”
“Don’t I?” He rubbed a finger lightly across her palm. That barest of touches sent erotic lightning bolts through her body. “I think I do. First, I had to prove that I could handle your friends. Now, I’d like to prove how well I can handle you.”
Part of Tabitha wanted to strip off her clothes right then and there. Offer herself up to him on a silver platter. But the other part of her still couldn’t quite believe the transformation. Didn’t trust the validity of this new, alpha version of Drew. Even though it was the man she’d seen inside him all along.
“I thought you were only this sure of yourself on a track or behind a computer,” she tried to joke. Instead, it came out squeaky and breathy. Because he was still doing that stroking thing on her hand and it made Tabitha want to simply writhe.
“That’s all you’ve seen. Doesn’t mean that’s all there is. I’m sure of myself, most comfortable doing things I’m good at. And let me assure you, Tabitha, I excel at sex.”
His oddly blunt delivery might turn off other women. But for Tabitha, his cocky honesty was one heck of a turn-on. Just like every single little thing she discovered about Drew. “Prove it,” she said recklessly.
Next thing she knew, Drew was draped half on top of her. One hand cradled her scalp. The other pulled at her back, lifting her off the round cushion and into his body. And his mouth—well, it took hers. No sweet, gentle exploration. His tongue ravaged hers, delving into every nook and cranny with long, sweeping licks that brought every inch of her body to a state of need and want within moments.


Bio: Christi Barth earned a Masters degree in vocal performance and embarked upon a career on the stage.  A love of romance then drew her to wedding planning.  Ultimately she succumbed to her lifelong love of books and now writes contemporary romance.  Christi is President of the Maryland Romance Writers and lives in Maryland with her husband. A Matchless Romance is book 4 in her award-winning Aisle Bound series.
Posted by Joya at 7:40 AM No comments:

Happy Birthday to Entangled Publishing! Three years of category imprints that started with the sexy Indulgence line and grown to include romantic suspense (Ignite), sweet romance (Bliss), spicy hot romance (Brazen), and several more imprints that will fulfill your every romance reading need.

I'm thrilled and honored to be a part of Entangled Publishing's success. To celebrate, Entangled will be holding lots of fun events throughout February. And on February 24th-28th, be sure to attend Entangled's Facebook Birthday Event

Hope you'll join us for fun, prizes, and lots of celebrating!

Want to find out more about Entangled books and authors? Start partying Here

Be sure to check out my Entangled Ignite romantic suspense, Reunited in Danger, available for Purchase now. 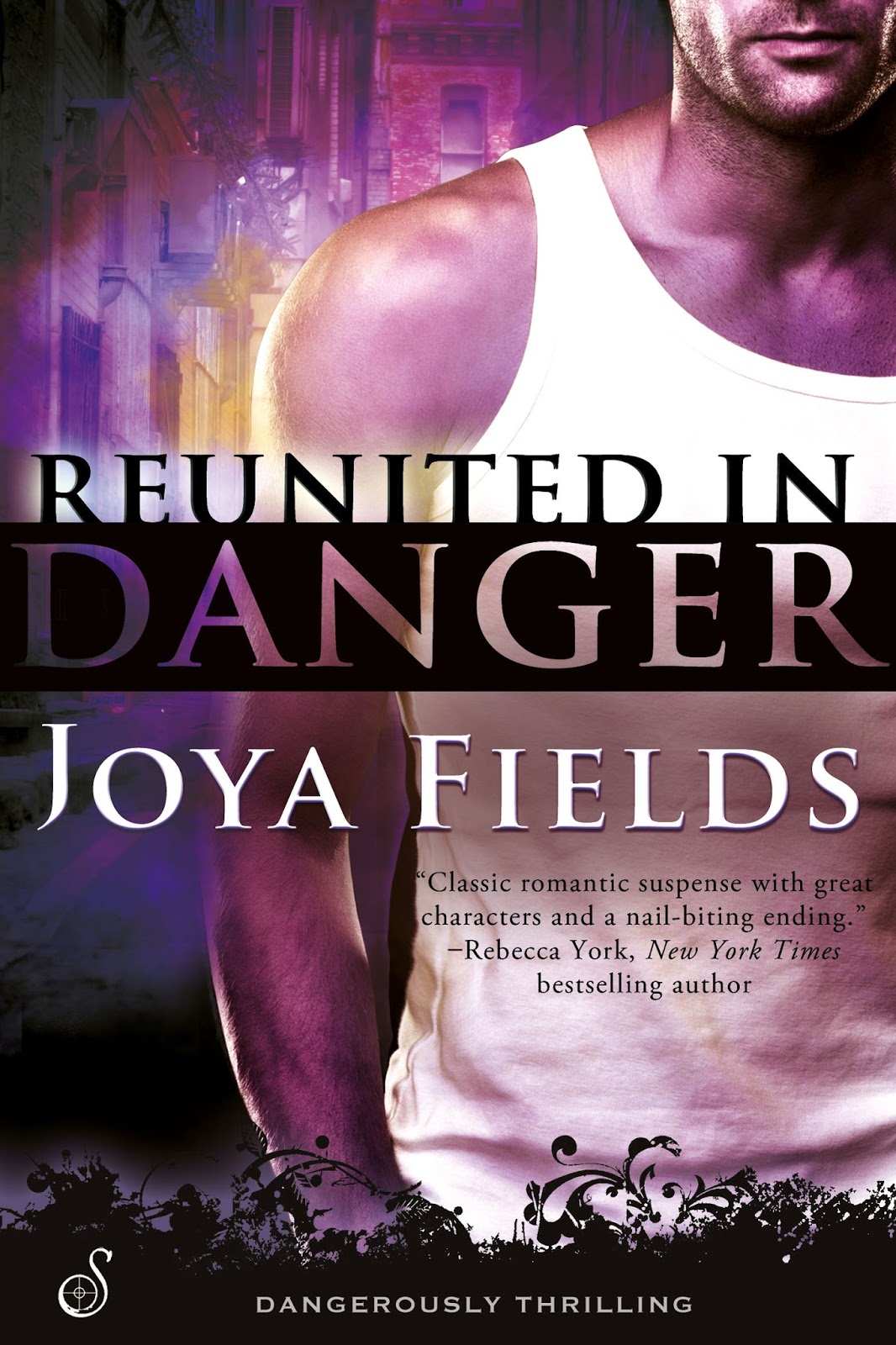 Keely Allen’s life goes into a tailspin when her adoptive father is viciously attacked. And the detective who offers to help her? None other than the sexy, love ’em and leave ’em man who once broke her heart.
Homicide Detective Logan North carries a haunting secret that has always kept his emotions on lockdown. But when he is forced to work alongside his former lover, the heat is still there between them, burning hotter than ever. Logan is determined to keep the luscious and tempting Keely at a distance…but he made a vow not to leave until all are safe.
On their race to solve the tangled web of crime, drug deals, and human trafficking, dangers abound—both to their lives…and to their hearts.

As always...thanks for reading and for helping us celebrate!!