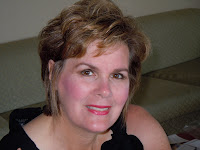 Good morning, Joya, and thank you so much for having me.

It's a freezin' day, shopping almost done, wrap-a-thon about to commence.

And tis the season of gifts! I invite all posters to go to the Plotting Princesses blog and enter their names for our gifts galore drawing!!! http://plottingprincesses.blogspot.com

FYI: Joya is blogging with us soon :)

Wonderful to have you here, my friend! Freezing here today, too. Good for you to stay indoors to blog and wrap presents. Enjoy!
:)

Sounds like a great book--thanks for the excerpt! I will have to check it out!
Beth

Vicki, I absolutely adore your writers voice! I'm also excited to hear more about Handsome and that fabulous bond you have.

I don't know what it is sweetie but you have a genuine warmth that shoots through cyber space and my life is simply enriched in knowing you.

Joya, thank you so much for a great interview and allowing us to learn more about this amazing soul.

8 projects going at once - I don't know how you do it!

Vicki is such a fabulous writer and a great friend. Her writing is funny, cute, and sexy all at the same time, which is really hard to do.

And Handsome is just as special as she says he is!

Joya, Vickie--great post! Your book sounds great and lots of fun! I love 'what if' and this is right up that alley.

All the best to you both for the holiday season. Stay warm!

I enjoyed the magical realism edge to this story.

Hi, Beth! Please check it out and let me know what you think. Thank you!

Hi, Karen: I'm blushing. You always say the nicest things about people. You're sweetness and caring shows through in all you do.

Thanks for being my friend!

Hi, Christi: Eight is a lot. And fortunately, those were written last year. I was a machine. lol

So now, they need a happy home. Stay tuned.

Hi, Kathy! Thank you so much for being my friend. (And I'll pass your compliment on to Handsome!)

Hi, Loni Lynne! Again, I'd love to hear from you if you get the chance to read my story. (Here's a secret: It's available at the PP Holiday gift drawing!)

Hi, Liese: All I can say is THANK YOU because you helped my story be what it is. And good luck with your new story, Saving Hope!

You are quite amazing, Vicki. So many projects at once. Bravo!

Hi, Sheila. I wrote a lot last year and am waiting for the right place to put them. You'll know when it happens. ox

Vicki,
You know i love your story "I Believe." I can't wait for Twinkle Lights! Some big publisher doesn't know what they're missing.

Hi, Sylvia! *blushing* over your compliment. I'm so flattered you think my work is that good. I think you are wonderful! oxox

Thank you so much, Joya, for having me today on your blog. I wish everyone Happy Writing and Happy Holidays!

Can't wait to have you visit the Plotting Princesses!!!

Vicki,
It's been my absolute pleasure having you visit. You're a charming guest. I'm looking forward to my visit to Plotting Princesses in January. :)
Thanks very much to Vicki's friends who stopped by today, my friends, and lots of new friends who I hope will check out I BELIEVE.
Happy, healthy holidays to you, too.
:)

Great interview, Joya and Vicki! Happy to see two of my favorite people on the same page! Ya know, Vicki, not once have we ever seen a photo of Handsome. Camera shy? LOL!

Hugs to both of you,

And Sharon! one of my fav people. You know what? Handsome is out there in the big wide world; you'll just have to look really hard. lol