5 Hearts from Sizzling Hot Book Reviews for BENEATH THE SURFACE!


Beneath the Surface by Joya Fields 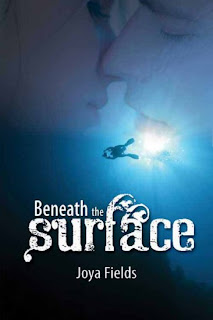 A mysterious metal box with what looks like red hair, red human hair, floating out from the seams, lies Beneath the Surface of the ocean, off the Florida coast. Brooke Richards is vacationing in Florida with her best friend Linda and Linda's boyfriend Jeff when they happen upon this grisly discovery. Throwing the three friends into the path of a psychopathic killer bent on making sure that the box is never recovered.


She's fighting to stay independent--he's determined to protect her no matter what...
Brooke Richards survived the earthquake that took her parents and most of her leg, but she needs time to regroup. A trip to Florida for a state-of-the-art prosthesis and to visit her best friend Linda seems ideal. But the trip turns traumatic when Brooke witnesses Linda's boat disintegrating in a fiery explosion.
Police Officer Garrett Ciavello believes the blast was intentionally set to hide something Linda found on a dive. When Brooke offers her expertise in underwater archeology, Garrett accepts her help with the investigation. But since his fiancée's death years ago, Garrett has become overprotective, and as they are drawn to each other, Garrett realizes he will risk anything to keep Brooke safe.
Brooke is fiercely independent. Garrett is fiercely protective. Will they heal each other's wounds and find a killer...before it's too late?

Garrett Ciavello is a detective with the Flagler police department. His cousin Tessa has been missing for two months. Tessa has red hair. Before Garrett is able to question Brooke and her friends, Linda and Jeff are injured in an explosion on their boat.


Beneath the Surface is a gripping, emotional tale. Full of twists and turns, page turning suspense and heart breaking drama. I think Joya Fields did a marvelous job of portraying the conflicting feelings of someone with such a visible physical disability. We get to see Brooke's insecurity about her prosthesis, her determination to be independent, her strength of character, and her indomitable spirit. Garrett is such a wonderful character, too. Racked by guilt, trying so hard to control his protective instincts, but so accepting of Brooke's disability that you almost feel it doesn't even show up on his radar. He is protective of Brooke, because he cares for her, not because he feels she is at all diminished by her disability.

I did figure out who the killer was (before Brooke and Garrett did) but I wasn't positive I was right, and it didn't diminish my enjoyment of Beneath the Surface. I loved watching Brooke discover that everyone needs to lean on someone sometimes, and it doesn't mean you're weak, only that you're human. I highly recommend Beneath the Surface to everyone who enjoys romantic suspense.

Posted by Tamara Hoffa
Posted by Joya at 1:06 PM

Labels: Beneath the Surface, Joya's Books

Joya, I've passed on the Sunshine Blog Award to you! http://kourtneyheintz.wordpress.com/2012/02/07/the-sunshine-and-liebster-blog-awards/