Welcome Sharon Buchbinder, Author of SOME OTHER CHILD

Please welcome my friend, critique partner, and awesome author, Sharon Buchbinder. is the author of quite a few novels and stories, and her newest release SOME OTHER CHILD, just released last month. ’s here today to talk about an issue that’s near and dear to her heart and she’s sharing an excerpt from her new release, too. Take it away, Sharon... 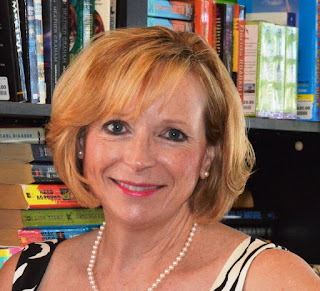 Once upon a time, not that long ago, when an unmarried woman became pregnant, it was so stigmatizing that she was sent away and shuttered up so they wouldn’t be seen. In the late 1800’s, evangelical reformers on a missionary bent began to set up homes for unwed mothers to rescue them from predatory males and to save them from their baser urges. The Salvation Army and Crittendon homes established “quasi-official relationships with the court system” (Kunzel, 1993, p. 15). When delinquent or “pre-delinquent” girls appeared in court, missionaries often sat in the back row, waiting for the young women to be referred to them. In general, evangelical women and reformers encouraged the unwed mothers to bond with their child and established vocational programs to enable the mothers to go to work and support themselves and their baby.


However, over time and with the rise of the profession of social work, according to historian, Fallen Women, Problem Girls: Unmarried Mothers and the Professionalization of Social Work, 1890-1945 by Regina G. Kunzel (New Haven, Yale University Press, 1993) the labels on unwed mother shifted from “fallen women” to “problem girls.” No longer were these young women treated as victims of predatory males, now they were locked up in homes for unwed mothers, treated like criminals, and in the early 1900’s babies were taken away from them because they were now deemed “unfit mothers.”


In many instances, mothers were told their baby died during childbirth and the infant was “buried in the hospital rose garden,” when, in fact, the child had been handed off to a wealthy, two-parent family that had a stillbirth or was unable to have children (Kunzel, 1993). Nowadays, we would call that practice “human trafficking,” but at the turn of the century midwives, nurses, doctors, and social workers participated in stealing women’s babies because they believed the child deserved a better home, one not with their biological mother. The names of Dr. Katherine M. Cole of and The Ideal Maternity Home in live on in infamy, their effects still echoing through the decades because of these practices.


In my new release, SOME OTHER CHILD, Aunt Ida is one such woman who was victimized by this practice. Told her baby died and was buried in the rose garden during World War II, Aunt Ida went on with her life, still feeling an ache in her arms where her child should have been. When Sarah Wright’s mother, Ethel, is injured and on life support, Aunt Ida is torn between telling Sarah the truth about her relationship with Ethel and letting her best friend take her secrets to the grave. Before she can all is revealed, however, Aunt Ida goes missing.


Blurb: In SOME OTHER CHILD, between taking care of her injured alcoholic mother and work, Sarah Wright, a pediatric nurse researcher, hasn’t a minute to herself, much less time for romance. But unbeknownst to Sarah, two little old ladies--her aunt and her ex-fiancé’s mother--are conspiring to reunite Sarah with Dan Rosen, a brilliant and demanding surgeon. When her aunt goes missing, Sarah is convinced it’s a kidnapping, but the police refuse to investigate. Dan flies to Sarah’s side to help her, and it looks like things might come together—until Sarah is arrested for her aunt’s murder. As the evidence stacks up against her, Sarah must find the real culprits and unravel decades old family secrets along the way.
Excerpt: SOME OTHER CHILD
Prologue 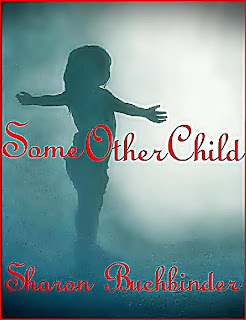 Exhausted after a long day of teaching classes and endless rounds of revisions on her dissertation, Sarah Wright opened the front door to the house she shared with her fiancé and was almost knocked down by the dog. Gandalf’s scramble of paws and claws left a wake of mail scattered across the foyer and into the kitchen.


“Great.” She shrugged out of her blazer, tossed it onto a chair, and began to play fifty-two pick up. Her neck prickled. Sarah looked up from the mail. A giant gray slobbering monster stood with his front paws on the glass door, the fog of his breath mixing with mud smears. More work. She edged the door open and forced Gandalf to sit while she wiped his filthy feet.


“Gandalf, it’s time we had a„come-to-Sarah‟ talk about your behavior.”


The gray beast turned his back to her, raised his leg and peed on her jacket.


“Fabulous. What else can go wrong?”


Moments later, her fiancé strolled in the door, whistling a cheerful tune.


Sanitizer barely dried on her hands, Sarah spoke through gritted teeth. “Gandalf pissed on my coat. Get rid of that dog.”


Dan Rosen leaned over and gave Sarah a bear hug. She buried her face in his shirt and breathed in a mixture of aftershave and masculine scent.


“That’s his way of showing he likes you.” Dan kissed her brow. “You should be honored.”


“I’d hate to know what he’d do toshower me with love.” The canine in question slunk behind the sofa.“Give him back to your ex-girlfriend.”


Sarah put her fingers over his mouth, stood on her tiptoes, and gazed into his chocolate brown eyes. She loved him from the top of his head at six-feet, two inches, dark hair flecked with white, all the way down to his size ten shoes. His dog, however, was a different matter.


“He gives me the evil eye. I swear he’s laughing at me.”


The ring of the phone interrupted her appeal.


A chill slithered down Sarah's spine. Not again.


“What happened?” White knuckled, she clutched the phone and mouthed ‘my mother’ at Dan.


“Some idiot slammed into me. The police say it’s my fault.”


Sarah shook her head. Same story, different day. “How much did you drink?”


“My legs are broken. Ida's too old to help me. I can't ask your brother. He has a wife and a child to support. Your sister won't talk to me.” She paused. “You're a nurse without a job.”


“I'm in a doctoral program, not unemployed.”


Her mother began to weep and Sarah's vow not to fall back into her old ways began to waver. Arrows of guilt pierced her resolve. Who else would come to the aid of this difficult elderly woman?


“I can't walk, drive, or do anything for myself.”


She placed the phone on the receiver and turned to Dan.


Dan stared down at her with an expression of disbelief. “DUI, right?””


He took her face in his hands.“Look at me.”


She locked her gaze with his.


“This woman sent you away to live with your deaf grandmother and didn't visit you for years.”


“A nasty divorce. An alcoholic husband. Three little kids. What was she supposed to do?”


“Hardly a loving mother. You have physical and emotional scars, Sarah.”


Tears welled up in her eyes.“That’s history. She's changed. I heard it in her voice. She asked for me, not Matt, not Debra, me.”


Dan closed his eyes, and the muscles worked in his jaw. Raised in a normal household, he’d never understand what it meant to be the adult child of an alcoholic. They came from different planets, not just different religions.


An idea occurred to her. “You grew up in . Your mom still lives in the city. Visit your mom and me at the same time.”


Sarah shrugged. “I’ll get to know her better while I'm in .”


“Don't do this, Sarah. Ethel's an alcoholic—a mean one. Stay here. I love you.”


She glanced at Gandalf. He stared back at her with doggy daggers.


She kissed the tip of his nose.“Thanks for that admission, at least. I love you, too, but if I don’t go and something happens to her, I could never live with myself.”


“You can't keep running to rescue her.”


He threw his hands up. “Go. But mark my words: One of these days she's going to get drunk and kill herself.”

Stopping in to say hello! Great read, Sharon! You always have such great themes and plots for your stories!

Hugs to you and Joya this morning!

Hi and hugs to two of my favorite girls! Sharon--simply awesome. Your research into this area really is amazing. And I know the writing is superb. Congratulations, girl. oxox

Thanks for stopping by and for your kind words!

Isn't Joya great?? I have a tendency to get lost in the research, I must confess! LOL.

HI Sharon and Joya,
Wonderful post!
Sharon, you always pick the most difficult topics to research and write about. I studied this topic in college, but never made the connection to human trafficking, but that is exactly what it was. How very sad. Change only happens through education. Congratulations with the new release. I hope it sells off the virtual shelf!

Thanks so much for stopping by and commenting. Yes, it is a tough topic, but we romance authors (soap box here) can raise awareness by engaging people in the story and showing the impact of human trafficking.

Sharon thank you so much for being my guest today. I loved SOME OTHER CHILD and wish you much success with it!

@Loni-Thanks so much for stopping by and for the hugs!! :)

@Nancy-I agree that Sharon is GREAT at researching. Thanks very much for stopping by to comment. :)