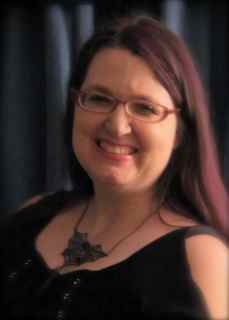 Please welcome Jean Viola Ryan to the blog. Her novel The Mark of Abel will release this December.

Thanks for having me Joya. This week has been crazy. Monday and Tuesday both my daughters had off school because of Hurricane Sandy. Now Massachusetts is back to business as usual, just in time for National Novel Writing Month.
One of the biggest challenges facing a writer is balancing family and writing. In 2007, I got serious about my writing. That meant I wasn’t always available for my daughters, then 10 and 6. Fortunately I am blessed with a supportive hubby, but my daughters didn’t understand why they could see Mommy working on the dinning room table, but not bother me unless it was urgent (they had to learn the difference between important and urgent).
National Novel Writing Month changed all that. I was determined to write 50,000 words in 30 days. I needed all of my family on board. I needed my daughters to understand that I was at work when I was on my laptop, not just goofing off on the net. They learned to look over my shoulder and see if my writing program was open, before interrupting me. They still needed an incentive, something that translated what I was doing into something good for them.
Money. I bribe my kids to let me write. I give them X dollars for leaving me alone. Instead I give them a stake in my career. For every $5,000 I make, they get $100. Now instead of bothering me when I’m writing or reading (because they know reading is also part of Mommy’s job), they encourage me to. “Shouldn’t you be writing, Mom?” It makes things much easier, all for less than I’d pay an agent.


I didn’t write 50,000 words that November. I wrote nearly 60,000. That book became The Mark of Abel, my debut novel out December 21 from MuseItUp Publishing. Both my kids are in the book. They take pride in my accomplishments and brag to all their friends that they are in my book. It’s not my book. It’s ours. 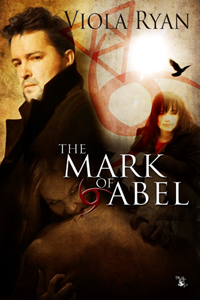 You can learn more about Jean Viola Ryan and The Mark of Abel at http://ViolaRyan.com. You can find her at Facebook at http://www.facebook.com/jeanie.ryan.9 .


Lucifer is fed up with humanity. He created hell to deter evil, but man’s inhumanity is only escalating. He just wants to return home to heaven, but ever since that little problem in the Garden of Eden, the Pearly Gates remain firmly shut to him. It doesn’t help that he’s the first vampire, an abomination in God’s sight
Fortunately, two thousand years ago Lucifer’s estranged brother, Jesus, gave him a prophecy. To fulfill it, all Lucifer has to do is find the right artist, study her artwork and the path back to heaven will be revealed. The artist even bears a symbol so he knows who she is. Too bad she is murdered every time he finds her.


Janie’s a frustrated artist and college art teacher who wants two things—a guy she can show her paintings to and a night without nightmares. Each nightmare plagues her until she paints it. She doesn’t realize these paintings are key to unlocking her destiny, one that could redeem the original fallen angel.

Lucifer appeared outside of heaven. A high wall of the same gleaming material as the palace formed around heaven. Eve appeared behind an open gate. Its gleaming bars stretched up and down into infinity until up became down and down became up. It swung shut.

He raced for it, but was too late. The clang echoed in his soul, and he collapsed to his knees.
“You are no longer an angel. You don’t belong in heaven. You must find your way home.” Eve/God turned away.


“What am I?” Lucifer rose and sent a burst of energy at the gate. It remained shut.


“Am I human?” His soul bled at the question and darkness surrounded him. As a human he had nothing to offer Eve. He couldn’t protect her. He couldn’t create another Eden for her. She would beget Adam’s children in pain. Lucifer cringed.


Eve/God appeared next to him and traced three triangles above his heart, each attached to the other two at the corners of its base to form a fourth triangle in the center. They burned, and he screamed until his voice was raw. He collapsed and gulped fire.


Standing above him, God laid her hand on his shoulders. Pain shot down his back. He reached around, and his hands passed through wings of fire. God ran her hand along his arms. His skin itched, and then burned, as it morphed into swirling red, orange and yellow. With sweat pouring down his face, he allowed God to help him up.


“Your re-creation occurred in fire. This is now your true form. To maintain your angelic powers, you must feed on the intense energy of fire.” A ball of fire appeared on God’s outstretched hand. She shoved this into his heart.


A sharp pain stole his breath, but Lucifer refused to collapse again. He grit his teeth, and his entire body shook.


“To maintain free will, you must drink the blood of humanity every three generations.”


“What am I?” he shouted toward the center of heaven.

Jean Viola Ryan
http://violaryan.com
The Mark of Abel coming this December from MuseItUp Publishing
Posted by Joya at 12:30 AM

So great to have you visit, Jean! What a great cover and a very unique idea for a story. Thanks for being my guest today and best wishes for continued success. :)

thanks. Joya. I'm enjoying "traveling" around to the various blogs.