It's here! It's here!! Reunited in Danger, my latest romantic suspense, is available today! 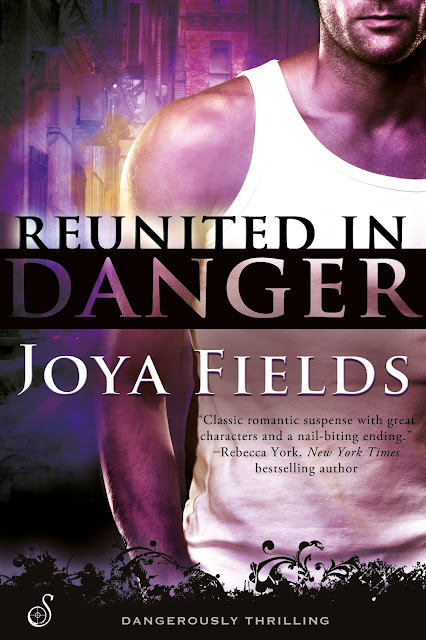 Here's a peek at my upcoming blog tour, an exclusive excerpt, and a chance to win big prizes. Be sure to scroll down for your chance at a $25 gift card to Amazon/Barnes&Noble AND a Baltimore cookout basket of goodies.


She straightened her shoulders. “Why did you lead me to think I meant something to you and then leave me without even saying goodbye? Do you know how I felt, knowing you’d been arrested for fighting, and then learning you’d left for the Marines as soon as the police released you?”


You’re wrong for her, Keely’s mother Lillian had told him at the police station the night he’d been arrested. He’d called Ben to pick him up when the charges were dropped, but Lillian had shown up, instead. He’d been a messed up, angry kid, and he’d believed   Lillian when she said Keely deserved better. Which was why Lillian had ordered him to disappear from Keely’s life. And he had.


He wouldn’t tell Keely now. Why tarnish her memories of her mother? Besides, he’d agreed with Lillian. Probably would have come up with the idea on his own, eventually.   The arrest and Lillian’s pressure had only made it easier.


“Yeah, just as I thought,” Keely muttered. “You had no good reason. When I reached out with an olive branch three years ago, why didn’t you return any of my calls?”


“I had to work. Criminals don’t take time off.” He shifted in the chair. Was this what it felt like to be interrogated? He sat ramrod straight, his muscles tense. All he needed was a hot lamp in his face and a good cop and bad cop across from him. On second thought,  Keely seemed to be doing fine in the bad cop role.


She moved her hands to her hips and took a few steps toward him, then tripped on a discarded book. He shot out of the chair and caught her by the waist as her arms flailed.   Her hair swung forward over her shoulders and her mouth was suddenly close enough to kiss. A few more inches, and he’d be able to taste her sweetness, relive the feel of her lips. He swallowed. She probably had no idea how beautiful she looked. And how he longed to touch her.


Her wide-eyed gaze searched his, then she blinked. “I can stand on my own.”


Reluctantly, he let go, returning to the chair to put distance between them again.


Her eyes shone, but he knew she would never cry in front of him. Guilt had him wondering how many times his actions had sent her to her room to cry alone.


She ran a hand over her chin. He wanted to cup that chin and brush his lips against hers.   This was why he’d stayed away so long.


How could he possibly spend time with her and not touch her?


Maybe it didn’t matter. He’d be leaving soon and the temptation to be with her would be gone. But the memories that haunted him would never leave. 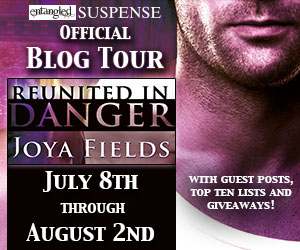 And Now...the prize information! Use the Rafflecopter for your chance at a $25 gift card AND a Reunited in Danger Baltimore cookout packet.