The Other Side with Zee Monodee #IslandGirlsTrilogy #RomCom #NewRelease 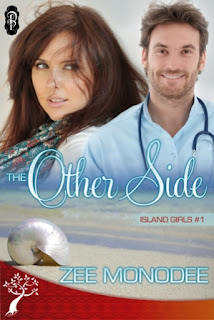 I'm thrilled to introduce my friend and fellow Decadent Publishing author Zee Monodee and her new release. Check out the details on this wonderful new book, its HOT cover, and its author. Thanks!


About this book:
Divorce paints a scarlet letter on her back when she returns to the culture-driven society of . This same spotlight shines as a beacon of hope for the man who never stopped loving her. Can the second time around be the right one for these former teenage sweethearts?
Indian-origin Lara Reddy left after her husband dumps her for a more accommodating uterus—at least, that’s what his desertion feels like. Bumping into him and his pregnant new missus doesn’t help matters any, and she thus jumps on a prestigious job offer. The kicker? The job is in , the homeland of her parents, and a society she ran away from over a decade earlier.
But once there, Lara has no escape. Not from the gossip, the contempt, the harassing matchmaking...and certainly not from the man she hoped never to meet again. The boy she’d loved and lost—white Mauritian native, Eric Marivaux.
Back when they were teens, Eric left her, and Lara vowed she’d never let herself be hurt again. Today, they are both adults, and facing the same crossroads they’d stood at so many years earlier.
Lara now stands on the other side of Mauritian society. Will this be the impetus she needs to take a chance on Eric and love again?


Buy Links:
Decadent Publishing http://www.decadentpublishing.com/product_info.php?products_id=817&osCsid=uk690a1muqacdt8v6csmtuo7d2
Amazon (available at the discounted price of $2.99) http://www.amazon.com/Other-Side-Island-Girls-ebook/dp/B00E77XHG6/ref=sr_1_1?ie=UTF8&qid=1375035073&sr=8-1&keywords=the+other+side+zee+monodee
About the author 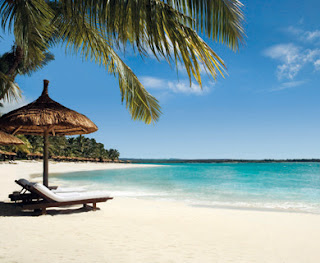 
Stories about love, life, relationships... in a melting-pot of culture
Zee is an author who grew up on a fence – on one side there was modernity and the global world, on the other there was culture and traditions. Putting up with the culture for half of her life, one day she decided she'd stand tall on her wall and dip toes every now and then into both sides of her non-conventional upbringing.


From this resolution spanned a world of adaptation and learning to live on said wall. The realization also came that many other young women of the world were on their own fence.
This particular position became her favorite when she decided to pursue her lifelong dream of writing – her heroines all sit 'on a fence', whether cultural or societal, in today's world or in times past, and face dilemmas about life and love.
Hailing from the multicultural , Zee is a degree holder in Communications Science. She is a head-over-heels wife, in-over-her-head mum to a tween son, best-buddy-stepmum to a teenage lad, an incompetent domestic goddess, eternal dreamer, and an absolute, shameless bookholic. When she isn’t penning more stories and/or managing the Ubuntu line at Decadent Publishing, you can bet you’ll find her with her nose in her tablet, ‘drinking in’ a good book.

Tidbits about this book & series
- The Girls trilogy follows the 3 Hemant sisters – Lara, Neha, Diya – over the span of the 2000-2010 decade, chronicling the changing face of the Mauritian society over that crucial period.
- , where this trilogy takes place, is a small tropical island in the southern . There are no natives, and the land has been entirely populated by immigrants. Under Dutch rule in the 17th century; French rule until 1810; then a British colony from 1810 to 1968 when it reached independence, the island is a mix of races and religions.

Thank you, Joya, for such a lovely post! *hugs*

Congrats on your new release, Zee! :)

@Sandy: Thanks so much for stopping by. Glad you'd heard of the island.

@Zee-*hugs* back at you and it's been great having you here today. :)