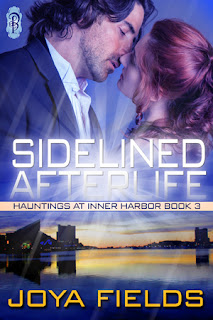 I'm sooooooo excited to announce that SIDELINED AFTERLIFE is now available! To help celebrate, I'm offering a Rafflecopter contest with some really cool prizes. Be sure to scroll down for a chance to win!

About Sidelined Afterlife
Psychic and medium Veronica Matthews hates being able to communicate with the dead and the nearly departed.  What good is it if she can’t lead the police to the victims of violent crimes before they die? But when her neighbor comes to her for help, she’s torn—until she understands that the ghost haunting him is more dangerous than any she’s encountered….


After losing his wife in a tragic accident, ER doctor Hunter Anderson’s only solace is his work and a ghost is jeopardizing that. Turning to his neighbor seems like his only choice, but spending time with the passionate woman, and her sassy attitude, might do more than save his life…
She can’t risk her heart. He’s afraid to love and lose again. Can a ghost help these two souls to live again?


Excerpt:
“I am an idiot. The biggest idiot ever. If you want me to pierce something for you, to prove I’m an idiot, I have some sterilized instruments upstairs in my apartment.”
Her tongue poked against her cheek, signaling a laugh that wanted to erupt. Suddenly, he really wanted to be the one who could make her laugh. “Maybe I could do your lower lip?”
Her short laugh erupted. A sweet, melodic sound that filled the small apartment.
His gaze stayed on that full mouth and he lifted his fingers closer, compelled to touch her.      She stared at him with wide eyes as he traced the corner of her mouth lightly with his finger.
“I’m a liar. I could never tarnish something as beautiful as this.”
Christ. What a line. Where had those words come from? But he meant it.
Her breath was hot against his finger as he traced the line of her lower lip. Her gaze held his. His stomach growled again, breaking the spell, and she blinked and leaned against the sofa.
“You know what? We never had dessert,” she said.
He had room for dessert. But not the food kind. He swallowed to quell his appetite for her. “Uh…how about I make an ice cream run? Then we’ll get to work.” Enough of this temptation. He needed to get away from her, from this pull she had on his body and emotions. 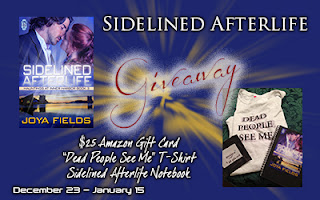 So sweet!! An anonymous comment with someone who loves me. LOL. Thank you and...what better way to start a day?! :)

Have my copy and can't wait to read it.

Happy Release to you and I wish you many sales.

Marika-Yippee! So glad you have your copy. Hope you enjoy and thanks so much for the happy wishes! Thanks for reading!! xx

My daughter is the coroner in an adjacent county. I seriously need this shirt.

LOL, LG! That is so funny. Yes, sounds like your daughter totally needs this shirt. :)